Focus Point 8 on the Heritage Trail

This beautiful grade-II listed building sits proudly on the ridge of the hill watching over the Windmill, Park Wood and Bidston Village. It is visible from both Wales and Liverpool.

The Observatory was built in 1866 when Liverpool Observatory had to relocate due to the expansion of Waterloo Docks. The building was made using the stone mined during the creation of the cellars, the deepest of which (36 feet or 10.97 meters) maintains a constant cool temperature. Over the last 140 years the Observatory has undertaken a diversity of tasks, many of ground-breaking importance.

At the turn of 1929, the Observatory and the Tidal Institute were amalgamated. Under the direction of Joseph Proudman, Arthur Doodson became the leading authority on tidal predictions. Bidston Observatory was deemed of national importance during the Second World War and predicted the tides for the D-Day landings amongst other things. In 1969, the telescopes housed in the observatory, which were previously used to watch planetary bodies in order to calculate the exact time, were donated to Liverpool museum. The exact time was needed for nautical navigation and was transferred to ships in the dock by the firing of the one o’clock gun; the gun was fired for the last time on the 18th of July 1969. 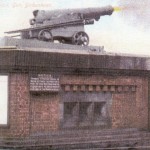 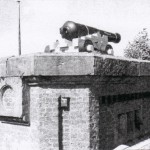 1969 was also the year that the Proudman Oceanographic Laboratory became an independent institute under NERC.

The Joseph Proudman Building was built during the 1970s to accommodate the Proudman Oceanographic Laboratory’s growing staff and the new computer mainframe. It was formally opened in 1979, and named in honour of Joseph Proudman (1888-1975), one of the directors. This forbidding example of cold-war architecture has been compared to an ocean liner beached on the hill. After a failed attempt to have the building Grade-II listed, the demolition of the building commenced in November, 2012.

In 2004-5, the Proudman Oceanographic Laboratory relocated to a new building at the University of Liverpool. It is now part of the National Oceanography Centre.

Bidston Observatory was sold to a developer in 2015.