Elms are native trees but were relatively rare until the late 17th century when they were planted in hedgerows; later they were used in parks. 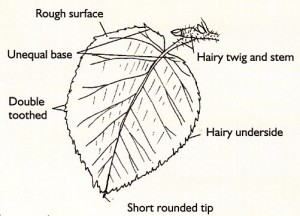 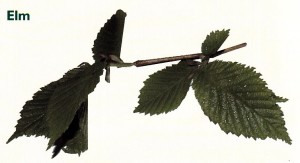 In Britain English Elm is one of the oldest living links with the past. It was used by Bronze age farmers and, because it seldom produces viable seed, propagation since then has been vegetative, mostly through naturally spreading root suckers. Root systems under hedges around old settlements may still contain clonal material planted over 3,000 years ago!

Unfortunately it is this fact the most of them were clones that the Dutch Elm disease was so serious, as there was very little natural variability between the plants.

One in five of our elms was destroyed by the disease which entered the country in the 1960s. Dutch Elm disease is a fungus which blocks vessels in the metabolic system of the tree. The disease is spread between trees by the burrowing Scolytus beetle, so it only affects trees that are old enough to have a thick bark. It is thought that 25 million of our elms were destroyed in the following decade. 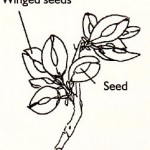