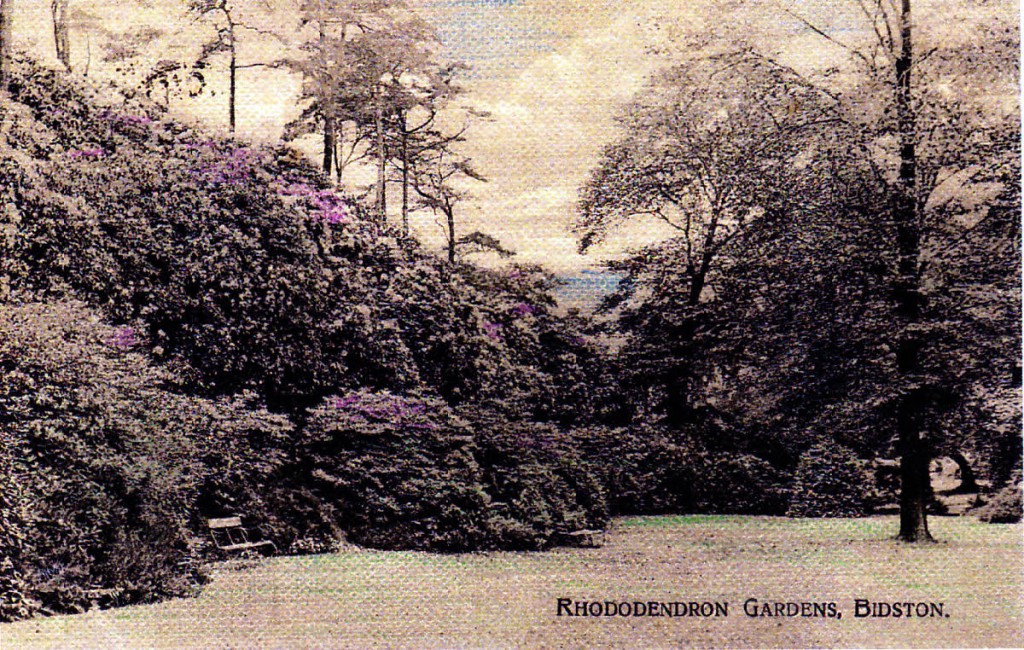 “On the northern side, before reaching the Village (Bidston), we pass a spur on the hill which, cut off from it, nature has left a one-sided dell, and a little cave, rather than any art, made a place which even in winter is beautiful, but when the rhododendrons, self sown, and growing naturally, are in flower, and their abundant blooms are seen crowding and covering the dell side for fully a hundred feet high, then it is a remarkable sight, rare in England, but which enables us to realise better than any description, the effect of the  rhododendrons when first they were seen by travellers growing in their native land in all their natural beauty. This spot is known as “The Rhododendron Gardens” or “Vyners Grounds”. Both names are appropriate enough, for the late squire, in his visits to Bidston, sometimes sat here for hours, enjoying their natural beauty as keenly as the humblest and poorest”. 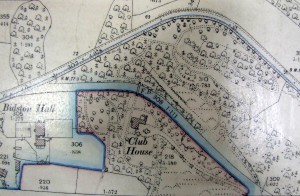 Lord Vyner constructed a bridge from Club House across Boundary Road to the ‘Rhododendron Gardens’ and visitors crossed the bridge over Boundary Road to view the gardens. The old postcard (shown above) of 1914 is a photograph of the Rhododendron Gardens taken in black and white with colour touched in as purple flowers. There is no evidence that hybrids were ever planted here, but if they were they have either died or reverted to the common purple ponticum. 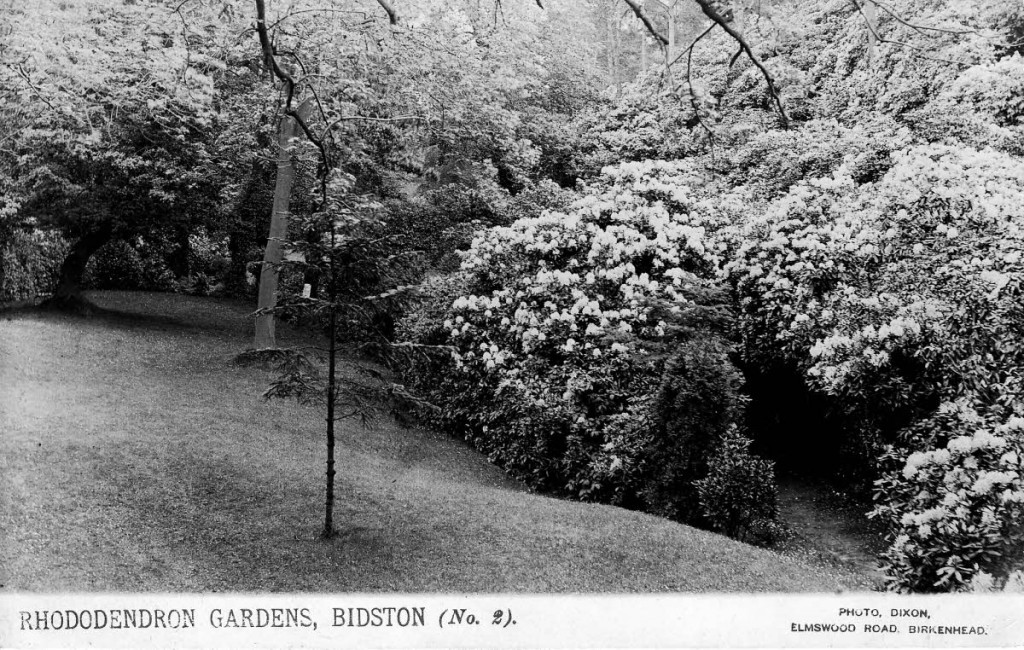 Lord Vyner looked after the rhododendron gardens until the 1930’s and LadyVyner eventually bequeathed them to the town after Lord Vyner’s death.

Today they are part of Bidston Hill but they are in a poor state of neglect with only purple ponticums growing there now.