Focus Point 6 on the Heritage Trail 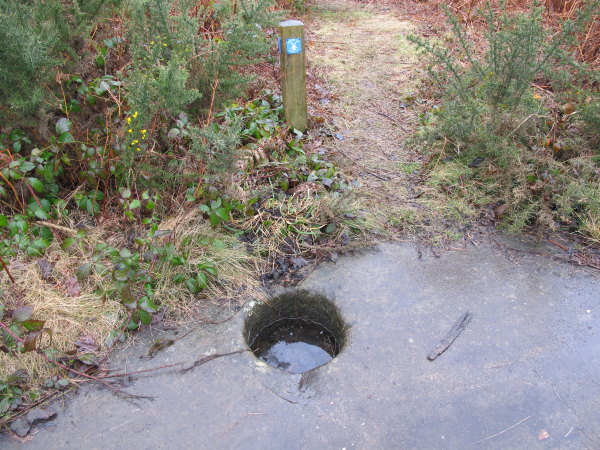 Hole in sandstone where one of Bidston Hill’s “lofty flagstaffs” once stood.

This seemingly unimportant hole cut into the sandstone is all that remains of one of Bidston Hill’s “lofty flagstaffs”. It may surprise you to know that Bidston Hill was once home to more than 100 flagpoles. Most were erected between the lighthouse and the windmill but there were a further 8 flagpoles on the other side of the lighthouse which were reserved for the British Admiralty and Excise Services.

In 1763 the signalling station was built near to the location of the modern day lighthouse and functioned using the flagpoles as a complicated early warning system. As merchant ships rounded the Point of Ayr or sailed past Formby Point the ship would be spotted and identified. Flag runners were employed to watch for ships and had 11 minutes to raise the correct company’s flag on the right pole, followed by the correct cargo flag. This enabled supervisors in the docks to ready their work force to unload the ship (and it meant the workers would be paid only for the time they spent working). Each flagpole was 30 ft (9.14 m) tall and made of Baltic Pine.

Bidston Lighthouse and Signals, about 1807

1 Response to Flagpoles and Semaphore Station