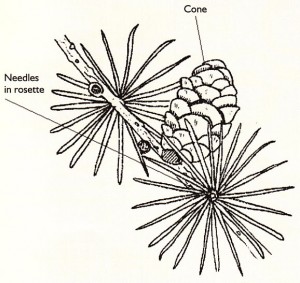 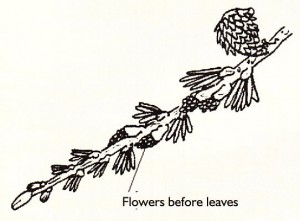 The Larch (or European larch) was introduced to Britain from central Europe in about 1520.

Larch produces red female flowers and yellow male flowers before the needles. The larch loses its needles during the winter months exposing its straw coloured twigs. When the needles re-grow they are clustered in rosettes.

Larch seeds are a favourite food of siskins and redpolls, which are often seen nesting in its branches.

It has been used mainly as an ornamental tree but it yields a high-quality timber; the heartwood is dark and strong.