The Sun Goddess and Moon God

Focus Point 13 on the Heritage Trail 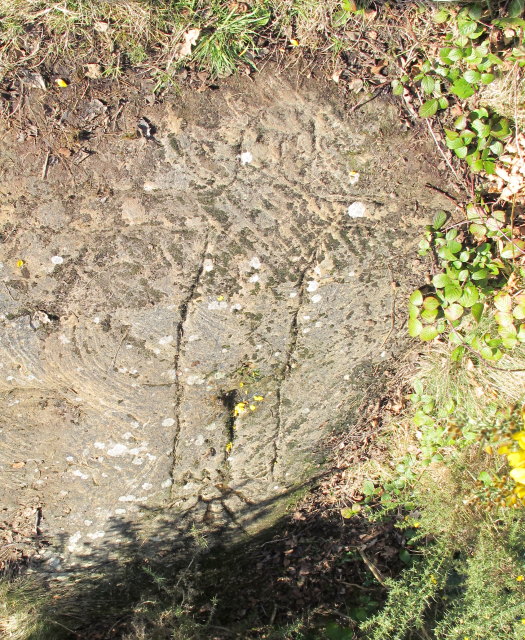 Probably the oldest recorded feature on the Hill is the four and a half foot long carving of the Sun Goddess and its lesser-known counterpart the Moon God. The Sun Goddess is carved in a human crucificial form and its name refers to the sun ray design at the feet of the goddess. The figure’s central axis is orientated 100° magnetic; the feet point roughly towards the rising sun at midsummer. It appears to have been re-cut at some point in the past, but has retained much of its original detail. Much of what we know of these carvings is shrouded in mystery but they are believed to be Norse Irish in origin and it has been suggested that they are from the late 9th century. If this dating and origin are correct the deities would be named Sunna (sun) and Mani (moon). Sunna and Mani where children of a giant named Mundilfari, who was known as the turner of time.

Sunna is a tall, golden and beautiful goddess and crosses the sky every morning with wild abandon in her sun chariot pulled by Allsvin and Arrakar (see focus point 10). Behind her chariot she pulls the sun and before her runs Daeg (Dag) her herald who rides Skinfaxi (a red bay horse) whose mane casts red light as it goes, creating the sun rise.

Mani is calmer than his sister and was generally deemed more thoughtful; he is renowned for his compassion especially to children in trouble, Mani’s chariot was not pulled by horses but by two large dogs. Mani seldom uses his chariot as he is god of walkers and travellers and often just walks across the sky. He also has a herald, called Nott (a Jotun goddess, and mother of Daeg the sun herald) who rides a pitch-black steed named Hrimfaxi. As Hrimfaxi rides through the sky, water drips from his bridle covering the realms of the gods and men in a fine layer of dew which is found by those rising early in the morning.

The carvings are extremely delicate. Please do not walk on them, clean them, outline them in chalk, or worst of all, attempt to restore them.

7 Responses to The Sun Goddess and Moon God